Assemblyman Steve Hawley (R,C,I-Batavia) announced today that he earned a 92 percent rating from the Conservative Party based on his legislative voting record in 2019, placing him in the upper echelon of all New York State legislators. The Conservative Party ranked legislators based on 25 bills that passed the Assembly and Senate, and evaluated lawmakers’ votes on crucial pieces of legislation.

“Being Conservative isn’t about a party or a label, it’s about standing by the principles of smaller government, less taxes and economic freedom, no matter the cost,” Hawley said. “Here in Western New York, we know what’s best for us, our families and our businesses, and some bureaucrat or politician who has never stepped foot on a farm or been on a thrilling hunt has no right to tell us how to live.”

Among the bills at question were allowing illegal aliens to obtain driver’s licenses, sweeping subsidized housing protections, early voting, farm unionization and expansion of abortion deep into the third trimester – all of which Hawley voted against.

“Conservatism is about an individual’s right to govern themselves above all else and those principles guide me each day,” Hawley continued. “Thank you to the Conservative Party and its leadership for issuing these evaluations and holding all lawmakers accountable to liberty and freedom.” 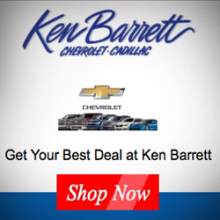 Ranzenhofer To Retire From State Senate

Change in CEO at WCCHS