Written by Doug Thompson on November 1, 2022 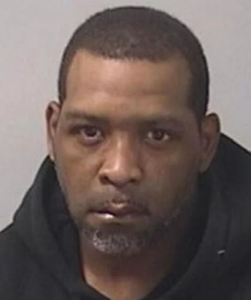 43-year-old James Santiago, Jr. of Batavia is in trouble again. He’d been awaiting sentencing on domestic violence charges from last year. Over the weekend, Santiago was involved in another domestic dispute, during which he allegedly attacked a woman while in a car and refused to let her leave.  He then allegedly took the vehicle without the owner’s consent. New charges now include kidnapping, strangulation and assault. Santiago was committed to Genesee County Jail without bail. He is a Level 2 offender on the NYS Sex Offender Registry and has served three previous state prison terms: For having a sexual relationship with a 16-year-old girl, for robbery and also for assault.

Governor Hochul has announced that New York’s ConnectAll office has now identified over 31,000 addresses across the state that are unserved or underserved by broadband. This data allows for informed federal funding decisions to ensure high-speed Internet is available in every home across the country. According to the information that was collected, Genesee County has 5-1/4% of its population unserved, which represents 1237 households. In Orleans County, 5-1/3% are unserved, or 980 households. If this data were unavailable, it would not be possible for the Federal Communications Commission to recognize locations as lacking broadband service and the state would miss out on much-needed funding. GLOW region data reported:

Following the fatal crash of a Kia in Buffalo that killed four teenagers, and with the ‘Kia Challenge’ seen by millions on social media, drivers across the country are saying the company is not doing enough to make their cars secure and attorneys have filed a class-action lawsuit against the company. People who participate in the challenge break into Kia and Hyundai model vehicles, damage wires under the steering wheel and use USB cords to start them. The lawsuit demands that Kia do a national recall to correct the flaw that makes their cars vulnerable to theft. Lawyers estimate the cost involved would be around $5 billion to fix the 10 million vehicles on the road. This would be the third largest recall in the country and would be listed after the 1982 Tylenol recall after seven people in the Chicago area died from cyanide-laced Extra Strength Tylenol and the 2008 salmonella outbreak linked to products distributed by the Peanut Corporation of America. 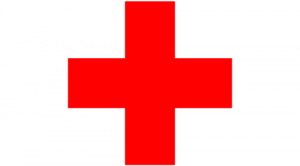 With the upcoming holiday season fast approaching, The American Red Cross is asking people to donate now to help make sure there’s a large enough blood supply to last through the end of the year. The agency is offering a $10 e-gift card to individuals who donate through Tuesday, November 22nd. All blood types are needed and donations are used to help people recover from things such as serious illnesses and medical procedures. To schedule an appointment, use the Red Cross Blood Donor App, or call 1-800-733-2767. The next blood drive in Batavia is this Friday at the Social Services Building on East Main Street Road. Click here to make an appointment: https://www.redcrossblood.org/give.html/donation-time 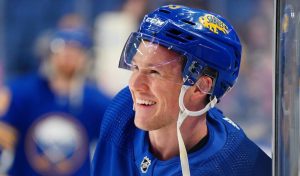 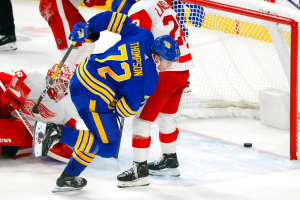 The Buffalo Sabres have extended their winning streak to two games following a blowout victory on home ice. Among the players who found the net, Jeff Skinner; he got his 300th career goal last night and Tage Thompson had a hat trick. Other players who scored were Jack Quinn, Rasmus Asplund, Dylan Cozens and Rasmus Dahlin as the Sabres beat the Detroit Red Wings 8-3 at KeyBank Center. Eric Comrie helped Buffalo secure the victory by stopping 15 of the 18 shots he faced in goal. By the way, Dahlin has further secured his place in the record books…he’s now the first defenseman to have six goals in the first nine games of the season since Hall of Famer Al MacInnis in 1998. Up next for the Sabres is a home game against the Pittsburgh Penguins tomorrow night at 7:30. 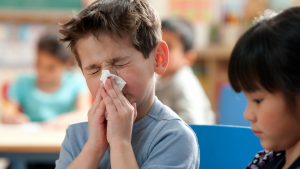 Flu season is off to a fast start with hospitalizations at 10-year highs for this time of year and a wave of infections setting in well before the annual outbreak typically begins. Adults who are 65 and older are the most likely to be hospitalized by the flu so far this year, followed by children aged 4 and younger; this, according to the Centers for Disease Control and Prevention. Hospitalizations due to the flu had been down for the past two years as people wore masks, practiced social distancing and stayed home more often to combat the coronavirus. Now that people have returned to pre-pandemic activity doctors are seeing a surge in severe influenza cases. Immunity from being exposed to the flu has also waned during the pandemic, which has helped flu season set in earlier and effect younger children more severely. Flu season typically runs from October to May with a peak in December and January. But this year, it has arrived over a month early. The timing of its onset means fewer people are vaccinated and have full protection from the shot as the flu makes its way through the country.