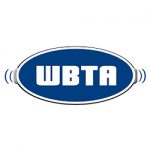 Mayor Lovely Warren is having her first day in court for felony campaign finance charges today.  The trial is at the Monroe county courthouse.  Warren, along with Albert Jones Jr. and Rosiland Brooks Harris, were each charged with violating election laws. Both counts are Class E felonies. If convicted, each person could face 1 1/3 to 4 years in state prison, or a range of sentencing options from probation to restitution.  Warren has maintained that the charges which are from the 2017 election in Rochester, are politically motivated and she is innocent.

Governor Kathy Hochul says she believes the mandatory COVID-19 vaccine policy for health care workers is largely a success, even though some hospitals around the state  have had to shut down some Urgent Care centers due to a staffing shortage.  A number of hospital chains in New York have temporarily closed or limited services at their Urgent Care centers, citing an ongoing staffing shortage made worse by the governor’s September 27 mandate that all hospital employees get vaccinated or lose their jobs.  The governor says she is waiting on hospitals to reach out for help in staffing urgent care centers as the state has identified student nurses, retired practitioners and out of state and out of country professionals who are ready to step in.

With news of a new stadium being talked over in Buffalo and the cost that the Bills want to pass on to the public for it’s construction eyes are turning to how expensive high school graduations have been for school districts at Highmark Stadium.  3 School districts used the Bills stadium for their commencement ceremonies.  Frontier paid almost 22 thousand dollars to graduate their seniors there.  Hamburg was closer to 21.5 thousand and Orchard park was 20 thousand.  There was a flat 5000 dollar licensing fee to use the stadium and then costs such as 3200 for using the scoreboard and 2300 for security.  When asked, Hamburg Superintendent Michael Cornell said that using the stadium allowed them to get around COVID restrictions and make a graduation that parents and students wanted.

Mercy Hospital workers are striking for the 3rd consecutive day today after negotiations did not proceed on Sunday.  In a statement, a Catholic Health representative said: “Given the verbal threats, intimidating actions and other inappropriate and possibly illegal behaviors by many individuals on CWA’s picket line and out of an abundance of caution for the safety and security of its bargaining committee, Catholic Health offered to meet today with the union only virtually.”  Catholic Health also said they are collecting evidence that picketers are engaging in hate crimes as the replacement workers are largely people of color and have been targeted by the striking workers with abusive comments and behaviors.

The Buffalo Bills beat the Houston Texans in a shutout Sunday afternoon 40 to zip.  The bills are now 3 to 1 in the season.  The last time they played the Texans was in January 2020 when they drew the wildcard and lost.  Their next game will be against the Kansas City Chiefs at Arrowhead Stadium on Sunday the 10th at 8:20pm.