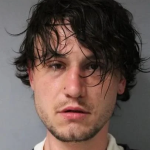 A parolee has been arrested and is now jailed after he shot a woman in the stomach during a domestic dispute in Java. Wyoming County Sheriff’s investigators tell us that the shooting happened late last night just five minutes after a person called 9-1-1 to report a violent altercation at the residence. 29-year-old Jared Wrazen was charged with first-degree assault, second-degree criminal possession of a weapon and endangering the welfare of a child. He is committed to Wyoming County Jail without bail. The victim is also 29; after being shot in the stomach, she was treated by EMS from Strykersville Ambulance and Monroe Ambulance and then taken by Mercy Flight to Erie County Medical Center. Her name has not been released. Police discovered Wrazen was operating a meth lab. He is presently on parole until Sept. 29 and on post-release supervision until late December 2026. 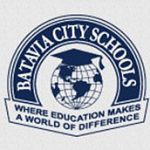 All public schools in Genesee County are holding budget votes today…in Batavia, polling places are open until 9 this evening…For residents North of Route 5, go to Robert Morris School to vote, using the Union Street entrance across from Notre Dame; for residents who live south of Route 5, you’ll vote at the High School Library. The 2022-23 budget of $54.8 million, represents an increase of $2.7 million from the current year’s budget. A tax levy of just under $20 million will mean a 1 percent tax increase, which adds 19 cents to the current tax rate of $19.23 per $1,000 assessed property value. Additional information about the budget is available at the school district’s website, bataviacsd.org

Erie County District Attorney John Flynn says defense attorneys for the man accused of killing the 10 people at TOPS have withdrawn a request to have doctors evaluate his mental competency. That means the next court appearance for 18-year-old Payton Gendron can happen still as scheduled Thursday. Gendron is accused of opening fire at the store on Jefferson Avenue Saturday in an attack that officials have called a racially motivated hate crime. Gendron is charged with murder and is behind bars without bail.

Hochul with The Bidens

Lawmakers in the New York State Legislature say they’re planning a response to this weekend’s deadly mass shooting in Buffalo. Yesterday, leaders criticized the amount of hate and racism that can be found online and said that it’s still too easy for people to get guns. Governor Hochul was reportedly already going to call for a package of gun-related laws to be passed in the Legislature before Saturday’s shooting happened. Meanwhile, Republicans have introduced a bill that would bring back capital punishment for crimes such as the one that was committed in Buffalo. The end of this year’s legislative session is scheduled for June 2nd. 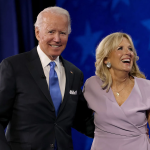 During the Bidens’ visit to Buffalo, they will meet with Governor Hochul and then pay their respects to those who lost their lives before meeting with families of the victims, law enforcement, community leaders, and first responders. Today is the first time a sitting president has come to Buffalo since Obama’s visit in 2013.

It took 13 years, but an arrest has finally been made in connection with the murder of Brittanee Drexel. Police say 62-year-old Raymond Moody killed the teenager who disappeared during a 2009 vacation to South Carolina. Drexel had traveled to the resort area during Spring Break week, without parental permission. Her remains were recovered in Georgetown County, South Carolina last week. Moody was named a person of interest in the case years ago but wasn’t charged. Drexel’s parents thanked law enforcement for their work on this case and say they’re focused on getting justice for their daughter. 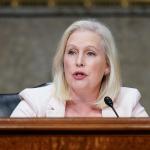 Senator Kirsten Gillibrand is urging President Biden to take action to address the ongoing shortage of baby formula. The New York Democrat is calling on Mister Biden to invoke the Defense Production Act to increase the production of formula and help parents keep their children fed. Gillibrand says due to this shortage, parents have had to sometimes drive for hours in an attempt to find formula only to discover empty shelves when they arrive at a store. The shortage is being caused by several factors, such as supply chain issues, safety concerns and inflation. 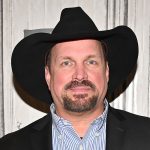 Country music star Garth Brooks says ticket sales for his upcoming show in Western New York have been put on hold. The singer says he made the decision out of respect for what the community of Buffalo is going through and said he stands by everyone who was affected by such an unthinkable act. Brooks is still going to perform on July 23rd at Highmark Stadium in Orchard Park. Tickets were supposed to be available this coming Friday, but a new on-sale date has not yet been announced. 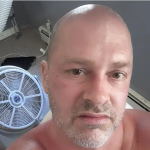 In the aftermath of the shooting at TOPS copycats have emerged; while no violence has taken place, several people posted threats against area businesses online and one person called businesses and made threats. That was 52-year-old Joseph Chowaniec of Buffalo. He’s accused of making terrorist threats. According to investigators, he called a pizzeria and brewery on Sunday afternoon and made threats that referenced Saturday’s Tops supermarket shooting. Officials say a crime like this will not be tolerated and will be punished to the fullest extent of the law. Chowaniec is due back in court later this week and faces up to seven years in prison if convicted. Other incidents not associated with Chowaniec, include two Walmarts and a Save-A-Lot, which were targeted by online threats and temporarily closed on Monday. By 4:30 in the afternoon yesterday, police said the threats were not credible and that arrests have been made.

A Rochester man is in serious trouble with the law after being arrested by State Police on multiple charges. Troopers say they spotted 29-year-old Tireek Burden breaking vehicle and traffic laws Sunday night and pulled him over on North Clinton Avenue. A search of the vehicle led to the discovery of two illegal handguns and drugs. Burden was taken into custody and sent to the Monroe County Jail.