After nearly a day of discussion, multiple conferences with his attorney, conversations in the courtroom and several recesses called by the judge, 19-year-old Raul Cruz, one of the two men charged in the killing of two farm workers in Alexander last March, has accepted a plea deal and admitted to the killings. Additionally, Cruz also attempted to bribe a witness with a fentanyl and marijuana cigarette. Cruz needed the specifics of the plea deal and charges explained to him multiple times; at one point, he said that he only had a 9th grade education and never earned his GED. By the end of the day, he accepted the plea following a conversation in the courtroom with the judge, his lawyer and at least one family member present. The offer Cruz eventually accepted was a guilty plea to two counts of murder in the second degree, with a sentencing cap of 20 years to life on each count to run concurrently and a guilty plea intimidating a witness with any sentence on that conviction to run concurrently. The plea satisfies all other pending charges. If he stays out of trouble in prison, he could be a free man in 15 years. Cruz is on the schedule to be sentenced on December 13th. 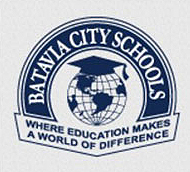 This week is School Board Appreciation Week. At the Board of Education Meeting last night district students surprised Board members with letters of support, speeches and even a special cheer provided by Jackson Primary student…At the end, board members were provided a Certificate of Appreciation. 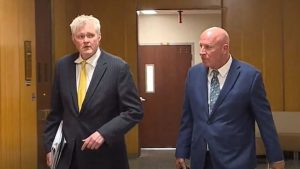 More former students from Northwood Elementary School have taken the stand in the trial of former principal Kirk Ashton. Yesterday, the jury heard from five of the over 20 people who have accused Ashton of sexual abuse. One victim claimed Ashton touched him inappropriately and another said Ashton would often give him small gifts and touch his back and backside. Ashton was principal at the school in Hilton from 2004 until he was arrested last year.

The investigation continues today into what caused a crash in Buffalo that ended up sending seven children to the hospital. Officials say that an SUV spun out of control and struck a school bus yesterday morning on Bailey Avenue in the area of Walden Avenue and Broadway. The seven kids were brought to Oishei Children’s Hospital and the driver of the SUV went to Erie County Medical Center for treatment. At this time, there has been no word on how badly any of the victims were injured.

A band that’s been enshrined in the Rock and Roll Hall of Fame will be bringing its latest tour to Western New York next year. Journey is set to take the stage at the KeyBank Center in Buffalo on Thursday, March 16th, 2023. The group is of course known for several smash hits including “Faithfully,” and “Open Arms” and will be joined at the show by special guest Toto. Tickets for the concert go on sale this Friday at 10am at journeymusic.com.

After playing their first two games of the regular season on home ice, the Buffalo Sabres are set to play a road contest tonight. The Sabres are going to battle Connor McDavid and the Edmonton Oilers at Rogers Place. Buffalo is coming off of a 4-3 defeat at the hands of the Florida Panthers Saturday. Face-off for this evening’s game is scheduled for 9:00. 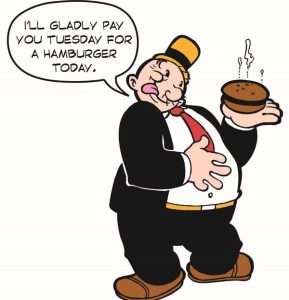 There was no winner in the latest Powerball drawing and that means the prize up for grabs has risen to over half-a-billion dollars. The jackpot for tomorrow night’s drawing is now going to be at least $508,000,000. The Powerball jackpot was last won on August 3rd. The next drawing will be streamed live online at powerball.com. Please play responsibly. 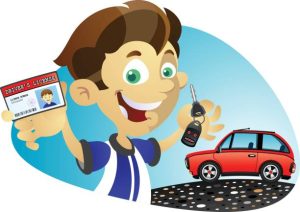 It’s National Teen Driver Safety Week, and the Governor’s Traffic Safety Committee is reminding adults of the important role they play in helping keep young drivers safe on the road. The GTSC says they should talk with teens about the importance of following the rules while they’re behind the wheel because motor vehicle crashes are the leading cause of death for people between the ages of 15 and 18-years-old in the United States. The GTSC is also continuing its partnership with Students Against Destructive Decisions to teach teens about things like seat belt safety and how to avoid digital distraction. For more information, visit trafficsafety.ny.gov.