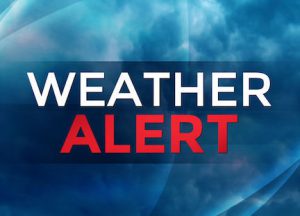 Genesee county and a large part of Western New York is under a Winter Weather Advisory starting at 7pm tonight as between 5 and 10 inches of lake effect snow is expected overnight till about 7pm on Tuesday.  Be careful driving as whites outs and drifts may occur.

Cuomo is calling on Pfizer to see if New York can directly purchase vaccine doses, bypassing the federal government.  Demand of the vaccine massively outpaces supply, at this point the state is only receiving 300 thousand doses of the vaccine a week and it would take over 23 weeks or almost 6 months to vaccinate the 7 million New Yorkers eligible to receive it right now.  Cuomo says that Pfizer is not bound by the same contracts as Moderna is as part of Operation Warp Speed.

Congressman Steve Hawley and the minority assembly asked in a letter to Governor Cuomo and Health Commissioner Dr. Zucker for more local input on how the vaccine is distributed in order to make the rollout more effective and efficient.  The letter was drafted in response to reports that vaccine distribution has been slow and ineffective in New York State, with some vaccine doses reportedly being wastefully disposed of due to improper storage.  Christine Schuyler, Director of Health and Human Services in Chautauqua County, says  county health departments have plans for mass vaccination, but she says, the state isn’t putting those plans into action.  Health director Paul Petit in Genesee county said much the same thing on Friday.

The Batavia City School District is asking parents to lock in their choice for which model their kids will be using for schooling by January 22nd.  The choices are In Person Hybrid or 100 Percent Remote.  This deadline will afford the district enough time to make adjustments to academic programming and transportation services before the semester begins Feb. 1.  Parents who want to change can follow the link on WBTAi.com to the change form.  If they don’t want to change anything then parents don’t need to take any action.  As of Jan. 15, BCSD reported that 92 individuals, on or off campus, among its students, teachers and staff members are currently testing positive for COVID-19. The district’s statement noted that it may need to transition to 100-percent virtual instruction for all students if an issue related to COVID-19 arises during the second semester.