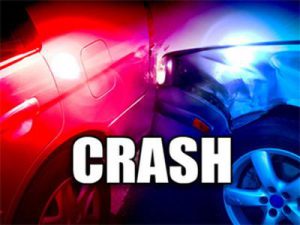 Batavia Police have completed their investigation into the crash involving a minivan and the fire chief, 41 year old Daniel Coffey on Sunday Morning.  Coffey was driving west on West main st in Batavia with lights and siren on when 81 year old Constance Lamilia attempted to turn left in front of him out of the Tops parking lot and collided with the Fire chief’s front ride side.  Her minivan appeared to accelerate and struck a utility pole and flipped on the side in front of 389 West Main St.  She was taken to ECMC and treated for minor injuries. Coffey was not injured.  Lamilia was issued a traffic ticket for failing to yield the right of way to an emergency vehicle.

The Thruway Toll plazas at Batavia exit 48 and Leroy’s exit 47 are coming down this week.  This is the latest phase in the $355 million project that started in November to make I-90 completely cashless. When it’s complete, 52 toll plazas made up of approximately 230 individual toll booths, will be gone.

The Kiwanas club is not going to cancel the annual Easter egg hunt again this year, but is altering it.  Instead of one big egg hunt they are hiding eggs over the course of 2 weeks.   Starting on Friday, March 19th, there will be one Golden Prize Egg hidden each day in Centennial Park for the kids to look for. One egg will be hidden each day through March 31st.  The eggs will be hidden at different times of day and each egg will have a note inside which entitles the finder to a chocolate bunny from Oliver’s as well as instructions on where to take a picture with the Easter Bunny.