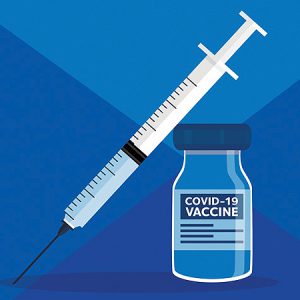 Governor Hochul told parents to get ready for vaccines for kids 5-12 by setting up appointments with their primary care physicians to get their kids vaccinated as soon as the COVID vaccine is approved.  Hochul said the state anticipates Pfizer’s vaccine for children ages 5 to 12 will be out in November.  Hochul said there will be “options” when it comes to getting kids vaccinated. If a parent can’t get their child in to the pediatrician, she said schools will have resources to make it happen.  Hochul has said she won’t put a vaccine mandate for kids to attend school in place right away but is ready to if not enough kids get the shot.

Strong Museum of Play has a new way for kids to experience the museum.  A robot that can be controlled from anywhere in the country.  This robot will be partnered with a tour guide for kids to go to and explore the museums exhibits remotely.  Right now the plan is for the robot to be used by kids who are in hospitals including Golisano Children’s Hospital.  VP of marketing and communications at Strong, Sara Poe says children are also able to drive the robot from their bed.  The robot essentially looks like an tablet attached to a pole on wheels with the ability to go up and down and pitch to look around.

The Buffalo Sabres triumphed again Tuesday night against the Vancouver Kanucks.  The 5 to 2 victory was due to a rapid succession of goals in the third period which took the Sabres from behind to winning in a short period of time.  Buffalo took 43 shots compared to Vancouver’s 34.  The Sabres next game is friday against the Bruins at Keybank center.

The Bills announced yesterday that Tight end Dawson Knox has fractured his hand.  The injury happened during the game against the Titans.  Knox threw the pass in the second half to QB Josh Allen that put the Bills up 31 to 24.  Knox left the game after that play.  Knox is off to a career year. He has 21 catches for 286 yards and five touchdowns in six games. It’s worth noting that no Bills tight end has ever had more than six touchdowns in a single season.