Written by Michael Baldwin on October 9, 2020 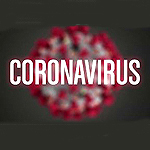 The number of COVID-19 cases in Genesee County continues to mount. In the latest update, health officials report eight new confirmed positive cases, involving residents from Alabama, Batavia, Elba and Stafford. Two of the positive individuals are under 20, one is in their 40s, are in their 50s, one individual is in their 60s, and two are in their 80s. Three were on mandatory quarantine prior to testing positive. Health officials say twenty-one more people are on precautionary quarantine due to travel from restricted states. One of the individuals is a resident at the New York State Veterans Home. Meanwhile, Orleans County reports two new cases and Wyoming County reports one new case.

The NFL has announced changes to the Buffalo Bills schedule. The Buffalo at Tennessee Titans game will now be played on Tuesday, October 13 at 7:00 p.m. on CBS. The scheduling decision was made to ensure the health and safety of players, coaches and game day personnel and in consultation with medical experts. Should the Buffalo-Tennessee game be played on Tuesday night, the Week 6 Kansas City Chiefs at Buffalo Bills game scheduled for Thursday, October 15 will be moved to later in the weekend.

Troopers responded to a two-vehicle crash on West Bergen Road in the Town of LeRoy around 5 p.m. Thursday. Preliminary investigation reveals that a car traveling northbound lost control, crossed into the southbound lane and was T-boned by a pickup truck. After extrication, the driver of the car was taken by ambulance to Strong Memorial Hospital in critical condition. The driver and a passenger in the pickup truck, which was not heavily damaged, were taken to UMMC in Batavia for evaluation. The investigation is still pending.

New York State School Boards Association Executive Director Robert Schneider isn’t happy with the stalled federal stimulus negotiations. In a statement released Thursday, he said… schools are laying off teachers and staff. Some students in grades 7-12 are being forced to learn entirely remotely, due to inadequate funding. The federal government needs to get serious and provide the necessary relief.  Lawmakers should return to the bargaining table and provide the funding crucial for our schools to operate effectively. The education of millions of schoolchildren in New York and the livelihoods of thousands of teachers and staff are hanging in the balance.

Batavia-based funeral director Michael Scott Tomaszewski was arraigned on 15 new charges in Genesee County Court Thursday as a result of the continuing investigation of his business practices. On July 23, the 48-year-old was charged with 91 counts of failure to deposit monies paid in advance in connection with agreements for funeral merchandise or services for 91 customers. Since his initial arrest, 11 additional victims came forward. The latest charges include eight counts of felony grand larceny. He was arraigned by a judge and released on his own recognizance.

Nate McMurray, Democratic candidate in New York’s 27th Congressional District, has won the endorsement of the United Auto Workers (UAW), Region 9 in this election.  The Union covers a vast area, including Western and Central New York. Members work in automotive, aerospace and steel industries, and include members at Cornell University in Ithaca, New York.

After nearly two years under a federal investigation, prominent Rochester developer Robert Morgan and three others who were indicted on fraud charges have had their cases dismissed. U.S. District Judge Elizabeth Wolford handed down an 83-page decision Thursday afternoon, dismissing the 114-count federal indictment. In the decision, Wolford said it was “self-evident and cannot be reasonably disputed” that prosecutors mishandled evidence in their investigation.