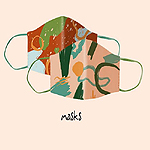 Monday marks the day that New York State will be returning to masking up inside all indoor public spaces according to a mandate announced Friday by Governor Hochul.  Grocery stores, restaurants, and other businesses are now mandated to have customers mask up starting Monday, Dec.13, unless they require proof of vaccination.  That proof can no longer be a sign on the door saying people have to mask unless fully vaxxed but instead people are expected to show proof by using the Excelsior Pass, Excelsior Pass Plus, SMART Health Cards issued outside of New York State, or a CDC Vaccination Card.  Hochul said it’s a critical step to address the surge in COVID cases and hospitalizations.  About two thirds of hospitalizations due to COVID in New York are unvaccinated people.  The mandate carries a 1000 dollar fine for the business for each person in a business found not masking and without proof of vaccination.  Several companies such as Tops Friendly Markets and Wegmans have said they will comply with the new mandate, others, such as Veneto Pizza in Rochester, say they won’t be the police to their customers.

A 15 year old boy has been arrested for making threats against Medina and Lockport schools.  The threats caused schools to shut down in Lockport although Medina remained open.  He was arrested Friday.  No word yet on the investigation into threats against Batavia schools that caused the shutdown on December 3rd.

The City of Batavia is voting on replacing Rosemary Christian, who resigned her position on the City Council when she moved out of the 6th district November 15th, with Tammy Schmidt.  Schmidt is a Republican.  She is a lifelong Batavian, has been employed for the past seven years as the financial management assistant for Genesee Justice and the Child Advocacy Center.  Before that, she worked for Genesee County Mental Health and Genesee County Workforce Investment. She and her husband live on Osterhout Avenue.

The Batavia Improvement District is looking for a new Executive Director.  Beth Kemp’s last big hurrah was the Christmas Parade last Saturday and she is leaving to take a position in Marketing and Accounting with Council Rock Wealth Advisory Group.  Anyone interested in the position must be able to provide vision and leadership as well as implementing ideas and creating strategic direction for the BID.  You can submit a resume by following the email link at wbtai.com.  downtownbataviabid@gmail.com

Catholic Charities is looking for volunteers for the Friendly Phones and Home Visitation programs.  In these programs volunteers make calls or do home visits of people who are over 60 who live independently or with family.  Volunteers engage in friendly conversation, partake in hobbies, crafts, and special interests such as reading, puzzles, baking or card games.  To take part and give the gift of time to someone, call Catholic Charities at 585 343 0614 ext 3801.

The Buffalo Sabres couldn’t clinch the win against the New York Rangers as the game ended with a 2 to 1 loss Friday night.  It seemed like they were headed for overtime after a late game goal brought the score to 2 and 2 but a challenge, after the goal had been reviewed and confirmed, saw it canceled.